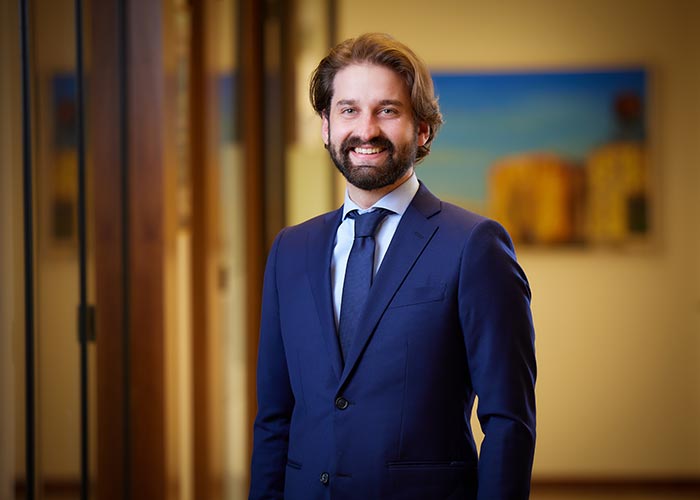 Trent grew up in Bainbridge Island, Washington, a quick thirty minute ferry boat ride from Seattle. After graduating high school in 2010, Trent moved to Eugene, Oregon and attended the University of Oregon. After graduating with a Bachelor of Science in Political Science, he moved to Portland and became a member of the Keating Jones Hughes family, as a file clerk. Trent was always interested in the law, but it was his time in the file room that led Trent to attend Lewis & Clark Law School. In 2019, Trent graduated from Lewis & Clark, and returned to his KJH Family. Trent is an avid golfer, enjoys all things Ducks sports and spending time with his family, friends and two dogs, Maple and Pine.