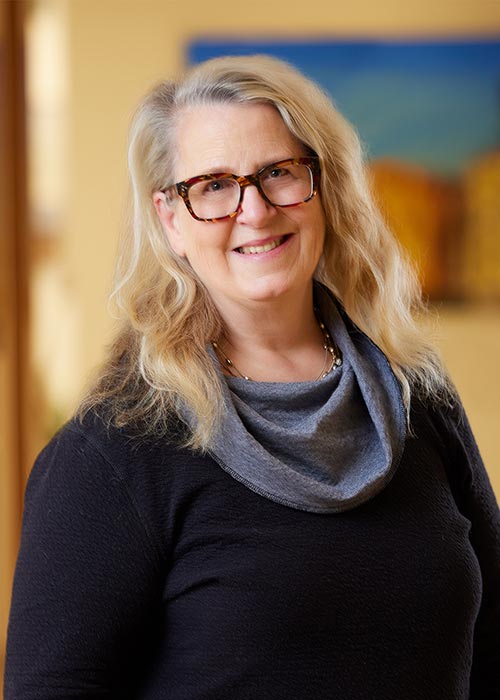 Adrienne grew up in Culver City, California, and spent much of her time at the beach. In 1972, after a brief stint in nursing school, she moved to Oregon. She took a legal secretary job in the firm that was then McMenamin, Jones, Joseph and Lang. She worked with the legendary R.P. Jones, where she was taught precision and accuracy while putting her short, but intense and valuable, nursing school training to good use in the arena of medical negligence defense. In 1974 she moved to the north Oregon coast and was a founding partner in the Nehalem Bay Winery, one of the early Oregon wineries. While living on the coast, she met and began working with a lawyer who was to become a state legislator. Adrienne worked as his legislative aide during the 1983 legislative session. Since 1983 she has worked as a paralegal primarily in Portland and almost exclusively in the area of medical malpractice. Adrienne has worked both on the plaintiff and the defense side, most recently over 20 years for the defense. She truly values her career and the opportunities and education it has afforded her. She finds her work interesting and varied and feels fortunate to have found her niche. Adrienne joined Keating Jones Hughes in 2015.