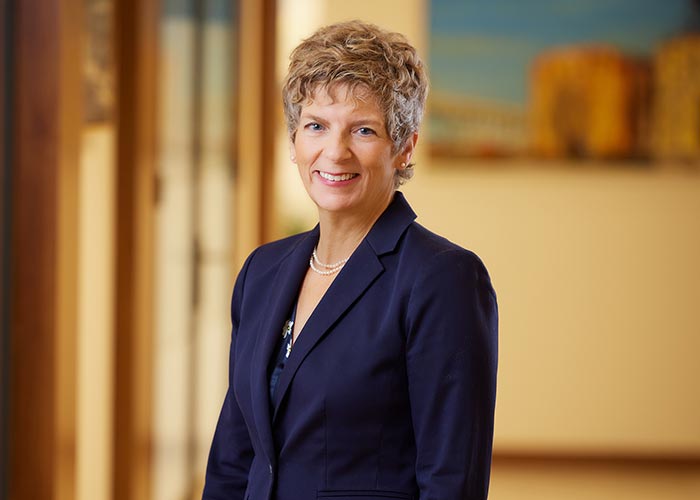 Karen was born and raised in Salem, Oregon. She graduated from Oregon State University with a degree in Political Science/Economics and interned for former U.S. Senator Mark Hatfield in Washington, D.C. Karen attended Northwestern School of Law at Lewis and Clark College and graduated in 1985. Following law school, Karen defended employers in worker compensation hearings and thereafter joined Hallmark Keating & Abbott (now Keating Jones Hughes) in 1988. She took time off to spend time with her husband and two young children in the late 1990s and returned to Keating Jones in 2007. Her area of practice includes the defense of healthcare professionals in medical malpractice actions, professional board matters, and alternative dispute resolution.

Karen is a member of the Oregon State Bar and is admitted to practice in Oregon and the U.S. District Court for the District of Oregon.

Boards and Committees (Present and Past)