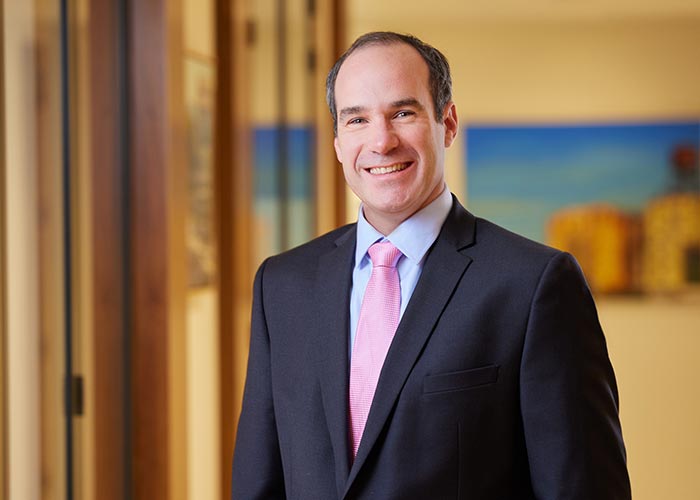 A son of Oregon, Dan was born and raised in the state’s cities, towns, and wilds. After graduating from Lincoln High School, Dan earned a bachelor’s degree from Occidental College. Upon his return to Portland, Dan worked in the healthcare field as an anesthesia assistant, a research assistant, and a medical device sales representative. In 2013, Dan graduated from Oregon Health & Sciences University with a Master of Science degree in biochemistry and molecular biology.

Dan graduated from Lewis & Clark Law School in 2017. While in law school, Dan externed for the Honorable Magistrate Judge Paul Papak, spent a summer externing at Oregon Health & Sciences University, and clerked at a large Portland law firm. Dan joined Keating Jones Hughes in August 2017. When he is not practicing law, Dan enjoys spending time with his wife and two children.